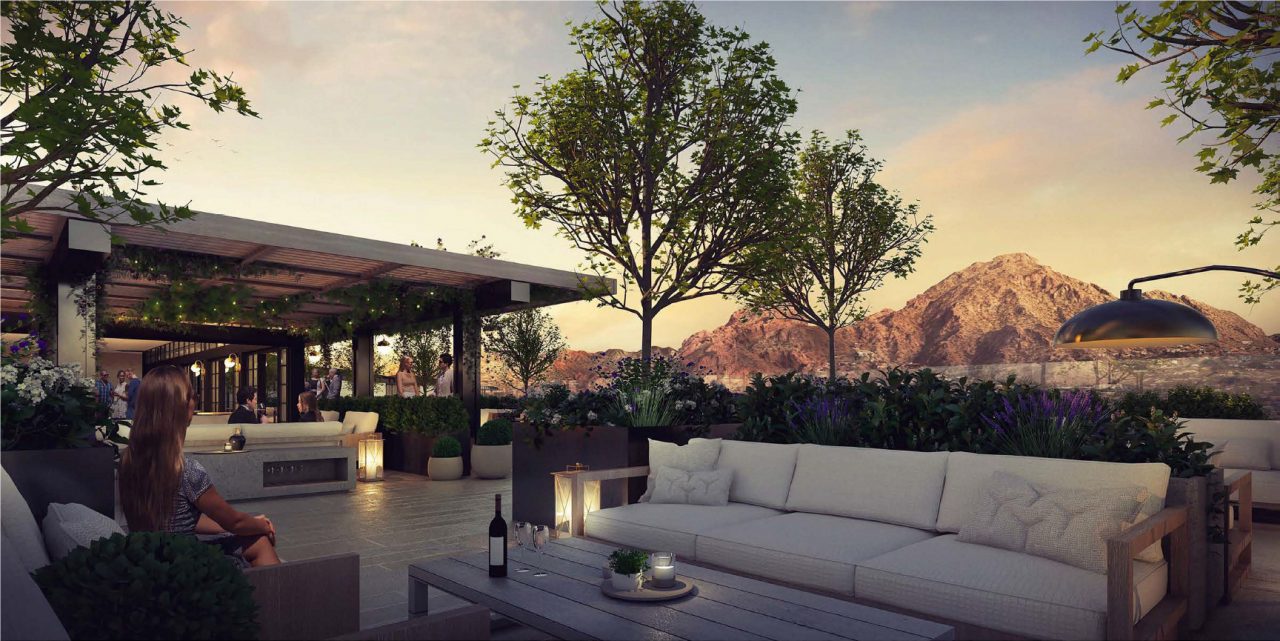 All the news that’s fit to nosh.

Going Underground: After vaunted subterranean tiki bar UnderTow relocated to the building that houses its sister bar, Platform 18 at Century Grand, Valley cocktail fans had a lot of questions. Chief among them: What was to become of UnderTow’s awesome original underground space below Sip Coffee & Beer Garage in Arcadia? At last, we have an answer. Sip owners Josh Katz and Maurice “Moe” Murillo have teamed up with Becky hard seltzer owner and mixologist Sheldon Wiley to open 36 Below, a “fully immersive cocktail lounge.” Where UnderTow let guests virtually sail the mighty seas, 36 Below will transport them to seasonal locations showcasing the beauty of nature. The bar itself will be a “Walipini speakeasy,” an underground garden bar modeled on the indigenous Aymaran concept of an earth-sheltered frame or natural greenhouse. “We wanted to create a new, completely unique concept that allows guests to escape reality and indulge their senses,” Katz says.

Wine Not?: Today is National Wine Day, and we have a slew of deals for you here. To give back while imbibing, though, get thee to Postino WineCafé. Today, the Upward Projects flagship is donating $5 for every glass sold of its new Sahale wine to the National Alliance of Mental Illness (NAMI). Additionally, throughout the month of May, NAMI will be matching all contributions (dollar-for-dollar) up to $75,000. Sahale sounds pretty tasty. “Featuring aromas of fresh cut flowers, white grapefruit, lime zest, fennel bulb and thyme, this Columbia Valley Sauvignon Blanc is fermented refreshment,” says Brent Karlicek, Postino’s beverage director who collaborated on the vino with Valkyrie Wines.

Fox-y Hotel: Sam Fox – arguably the Valley’s most successful restaurateur – is branching out in the hospitality industry. He announced this week that he’s entering the luxury hotel sector with The Global Ambassador, an “internationally inspired” hotel slated to open in 2023. The 141-room property will be built at Camelback Road and 44th Street in Arcadia, a stone’s throw from Scottsdale and Paradise Valley. “The Global Ambassador is a deeply personal legacy project for me that furthers my pursuit of combining unmatched hospitality with culinary excellence,” Fox says of the first project of his new Author & Edit Hospitality group. “This is so much more than a hotel – it’s a luxury lifestyle brand that we hope will inspire and draw travelers from all over the world to explore Phoenix in a new way. The Global Ambassador is the natural evolution of my passion for creating memorable hospitality experiences.” Of course, no Fox project would be complete without culinary consideration. The hotel will have five distinct dining venues inspired by the Mediterranean, including an 18,000-square-foot rooftop restaurant overlooking Camelback Mountain – the largest rooftop eatery in the state.

Northern Exposure: We reported on Buck &Rider’s expansion to North Scottsdale last month. Now another LGO Hospitality property is making its way there. A third location of Arcadia favorite Ingo’s Tasty Food will open right next to Buck &Rider in mid-2022 (a second location is set to open in Downtown Phoenix’s Block 23 this summer). Good news for fans of Ingo’s delectable fried chicken sandwich, Paris Texas burger and kale and quinoa salad: It will be much bigger than the original location, with approximately 2,600 square feet on which to enjoy its signature Greyhounds. “After years of continuous success for Ingo’s in Arcadia, we could not be more excited to expand and introduce the brand community and menu experience to more residents and visitors in new neighborhoods around the city,” says Emily Collins of LGO Hospitality. “The vibrant patio will be great for outside meetings over comfort food; quick in–and–out delicious coffee bar; and breakfast, lunch, dinner and gorgeous sunset happy hours with family and friends over staple LGO Hospitality dishes and spirits.”

Power Bowls: NOBANA, the pandemic-born ghost kitchen operating out of Wildflower’s Sonora Village location in North Scottsdale, is leaving its mark. Some of its most popular broth bowls are now officially on the Wildflower menu (that location only) for dinner. So the next time you’re dining in there, mix it up with a red curry coconut bowl (my favorite) or a veggie shoyu bowl.